This article was first published as an Editorial by Peter Limbrick in IQJ Issue 6, July 2009 under the heading: ‘Blue boxes. Orange flames.’

The blue boxes of the title are those helpful information packs that England’s… Department for Children, Schools and Families… makes available to new families of children with disabilities and special needs in its very welcome Early Support initiative. The orange flames are those which have consumed children and families and consigned them to history as ‘collateral damage’ during and since our invasion of Iraq.

They are linked together here as unlikely bedfellows for two reasons. Firstly, I had some involvement in both. As a very minor player in 2003 I contributed to the development of DfES Early Support in its effort to win the hearts and minds of practitioners around the country and as it developed its audit tool. Around the same time I was one of those angry millions who could see the invasion of Iraq was a very bad idea and who marched on London’s streets with the naïve idea of changing the government’s course of action.

Why does one family merit support as it starts a new life with an infant who has a disability, while another family suffers the death or maiming of its children? By what mental gymnastics and chronic denial strategies can the same politicians meet one of their objectives with innovative family support, and another objective with a cruel calculation that particular families and children are in the way and must become collateral damage? 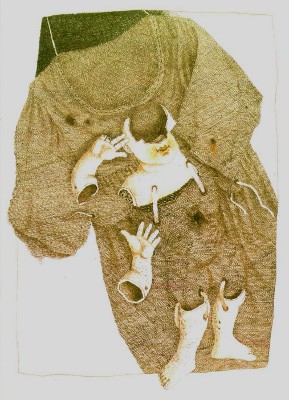 Collateral damage, whether bodies are counted or not (and they were not in this case), can only be an act of insanity in a world aspiring to be civilised. Collateral damage means unborn babies, infants, children, teenagers and parents killed in unspeakable horror and chaos. Collateral damage means untreated amputations and severe head wounds. It means children who no longer have parents and parents who no longer have children. It means illness and disability that will not be treated. It even means damaged eggs and sperms that will, in their turn, form damaged and disabled babies.

After six years, this contradiction remains unresolved for me and I am stuck with it. When I see footage of families during the invasion of Iraq I think of blue boxes. When I see blue boxes I think of dead and damaged Iraqi infants. I think of the Cabinet that gave rise to both and I have no answers.