Editorial comment: TAC Bulletin readers might have seen my laments[1],[2] about the demise of CCNUK (Care Co-ordination Network UK) which was supposed to promote keyworker support for families of disabled children and then fizzled out mysteriously. CCNUK began in 2000 with the strong winds of both York University's SPRU (Social Policy Research Unit) and Joseph Rowntree Foundation/Trust behind it. But it is gone now and no-one wants to tell me why. That is a great pity because we all have something to learn from this sad, short, rich life.

Why does it matter? It matters because keyworkers matter[3] and the work they were supposed to do to support people in need becomes ever more essential as public services in England decline by the day. In this article I want to report my efforts to find out who might now hold the key to the development and promotion of keyworking and to suggest that it might be time to lay the words 'keyworker' and 'keyworking' to rest and make a fresh start.

NCB (National Children’s Bureau) seems to have assumed a large part of the responsibility for promoting keyworking and keyworkers in England and providing training for this work.  I understand they are doing this under contract to the Westminster government. In presenting an analysis of the implications of keyworking NCB’s website asserts:

The paper is intended to inform government thinking on the Special Educational Needs and Disability (SEND) reforms, the palliative care pilots and the Children and Young People's health outcomes work. It also aims to inform and promote discussion in a wider audience, including managers, practitioners, parent carers, young people and others for whom key working approaches are of interest.[4]

I did not get very far recently when I approached NCB for information about who they were training for keyworking in various parts of England. I was told:

So much for NCB’s intent to ‘inform and promote discussion’. I can understand a charity being baby sensitive or child sensitive or teenager sensitive or family sensitive, but ‘commercial sensitive’? What has charitable work got to do with the world of commerce? Shouldn’t they be in opposite corners of the ring? When I read that phrase a cold shiver ran down my back. It felt like I was hearing a door closing on the world of human compassion, empathy, kindness, concern and genuineness.

But I am not so naïve that I have not already observed our larger charities having to sharpen their act to compete for service-delivery contracts. I wonder what they have had to throw overboard in order to play this new game. But the tension can no longer be characterised as a struggle between the charity model and the commercial model.

What is gradually happening is that some senior posts in our charities go to people from government departments and commerce so that the charity’s DNA is compromised as by a virus. The big charity-commercial becomes a new sort of organism with new values, philosophy and practices. Can the precious flower of the person-centred keyworker survive in this new environment?

We can make a comparison here between the traditional, old-style UK charity and the new charity-commercial. In the former, some workers probably had a lot in common with people who used the charity – sharing similar experiences, concerns and aspirations. Children and adults entering the building seeking help were probably known and valued by at least some of the workers and with the majority of those workers having a deep concern for users.

Conditions in the charity-commercial can be very different with workers and users having little in common with each other. Workers in these new organisations will inevitably have a range of motivations for being there: some will be genuinely concerned for the users; some will treat it as a job that pays the mortgage and offers paid holidays; some will use it as a stepping stone to high office and a gong. Another way of saying this is that some workers will be pro child or adult in need, some will be pro their employing organisation and some will be pro self. I admit to some stereotyping here but it helps me make a valid point.

Back to keyworkers and keyworking: The One Hundred Hours[5] keyworker (this is one of the successful pre-CCNUK projects) was in essence a champion for families of neurologically impaired babies who:

·         coming from a small independent charity, was free to advocate for the child and family in their dealings with public services

·         could, when necessary, help join everyone up to generate a coherent and integrated support system with, ideally, a single multi-agency action plan. This was the beginning of the TAC approach.

I offer these four points as the essence of effective keyworking. It has always been my ambition that this person-centred and person-empowering model of keyworker-within-TAC support will be applied to other groups of people in need, e.g. teenagers leaving care homes, men and women coming out of prison, elderly people shuffled between care home and geriatric ward, and others.[6] Perhaps you are doing this sort of essential work with particular groups of people in need but not calling yourself a keyworker.

The words ‘keyworker’ and ‘keyworking’ have never been popular with managers of public services and that might help account for a negligible take-up of NCB’s training (if that is indeed the case). Nor do I think these labels come naturally to people that use public services. Parents of disabled children have sometimes preferred ‘link worker’, ‘special person’ and even ‘professional friend’. Do you have a better word?

In this empowering model I have described here, the keyworker-TAC-advocate (coining a very clumsy term) is at liberty to shout up to help a person get what they need without fear of getting the sack. This is very different from any role a government-funded charity-commercial is likely to train keyworkers for and employ them in. I suppose I have to admit also that it is a boat-rocking role that public service managers are unlikely to want to give house room to. Please let me know if you have valid examples that refute these assertions of mine.

As people of all ages in need are being left high and dry as the Westminster government winds down the welfare state this role of genuine keyworker-TAC-advocate is an imperative. It seems inevitable that keyworker-TAC-advocates will sometimes come into conflict with the big charity-commercials as they fight to get their client’s needs met. If NCB are really training any keyworkers I can bet it will not be for this.

But this is not the end of the story.  The big charity-commercials might be sitting pretty now with lucrative government contracts, but if they take a moment to look over their shoulder they will see US conglomerates ready to snatch from them any juicy government contracts that will yield them the fat profits they lust for. Once these conglomerates are running England’s public services they will apply pressure on the Westminster government to outlaw keyworker-TAC-advocates. Then no-one will hold the key.

If this makes sense to you or if this is already your work, please get in touch.

E-mail: This email address is being protected from spambots. You need JavaScript enabled to view it. 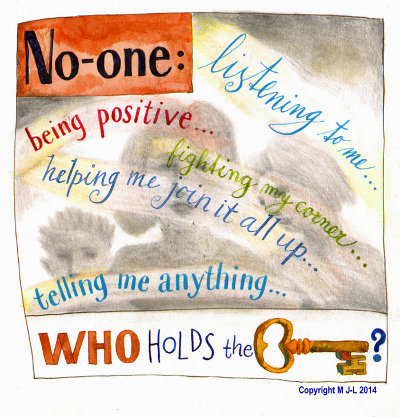 [1] What is the status of multiagency keyworking in England? Are there any keyworkers now? What happened to the generously funded CCNUK? Can you provide information?

[2] CCNUK: The history and mystery of Care Co-ordination Network UK in England. Do you know more than I do?

[3] The Keyworker: a practical guide. The best possible starting point for anyone thinking about providing a keyworker service to service users in any country